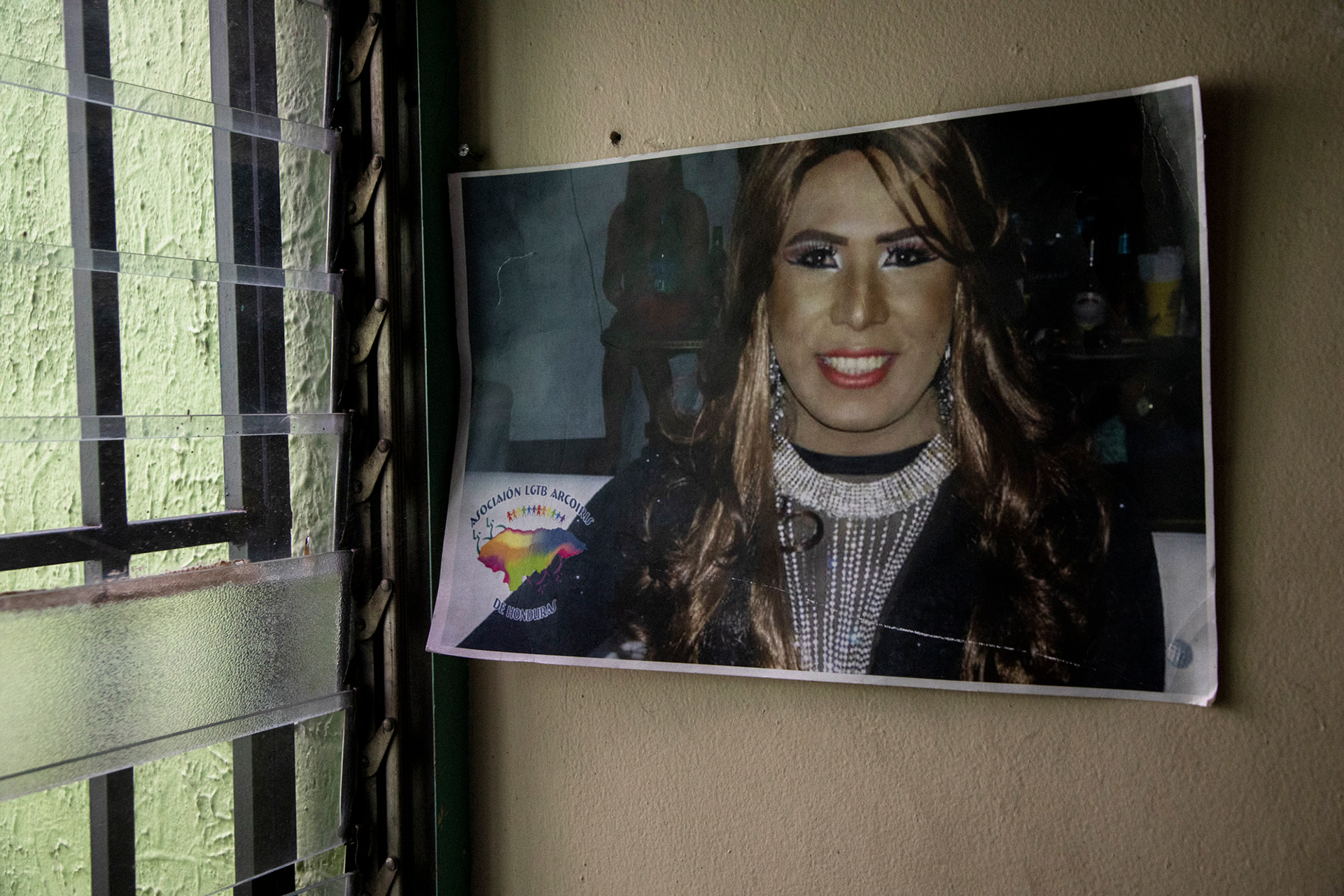 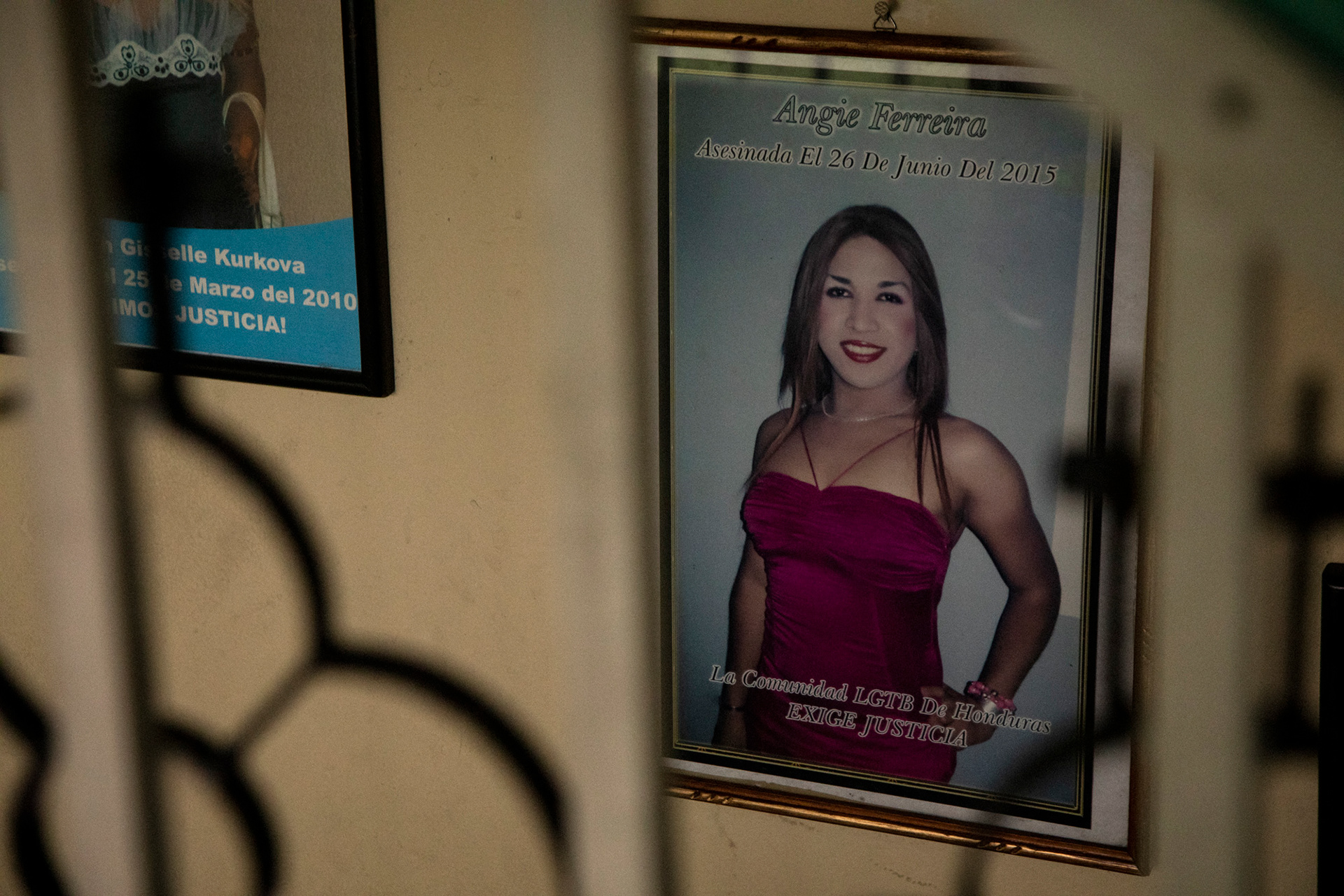 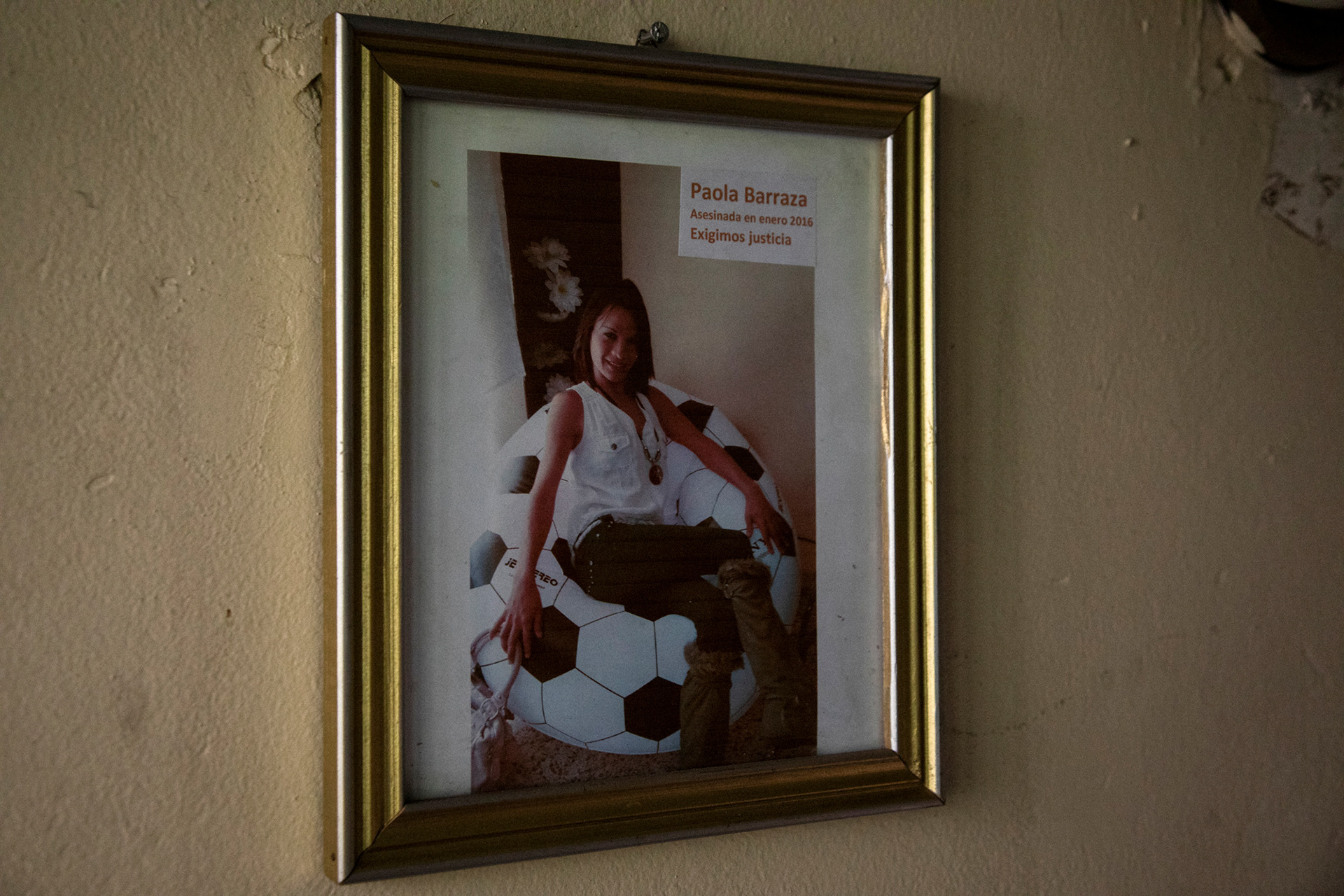 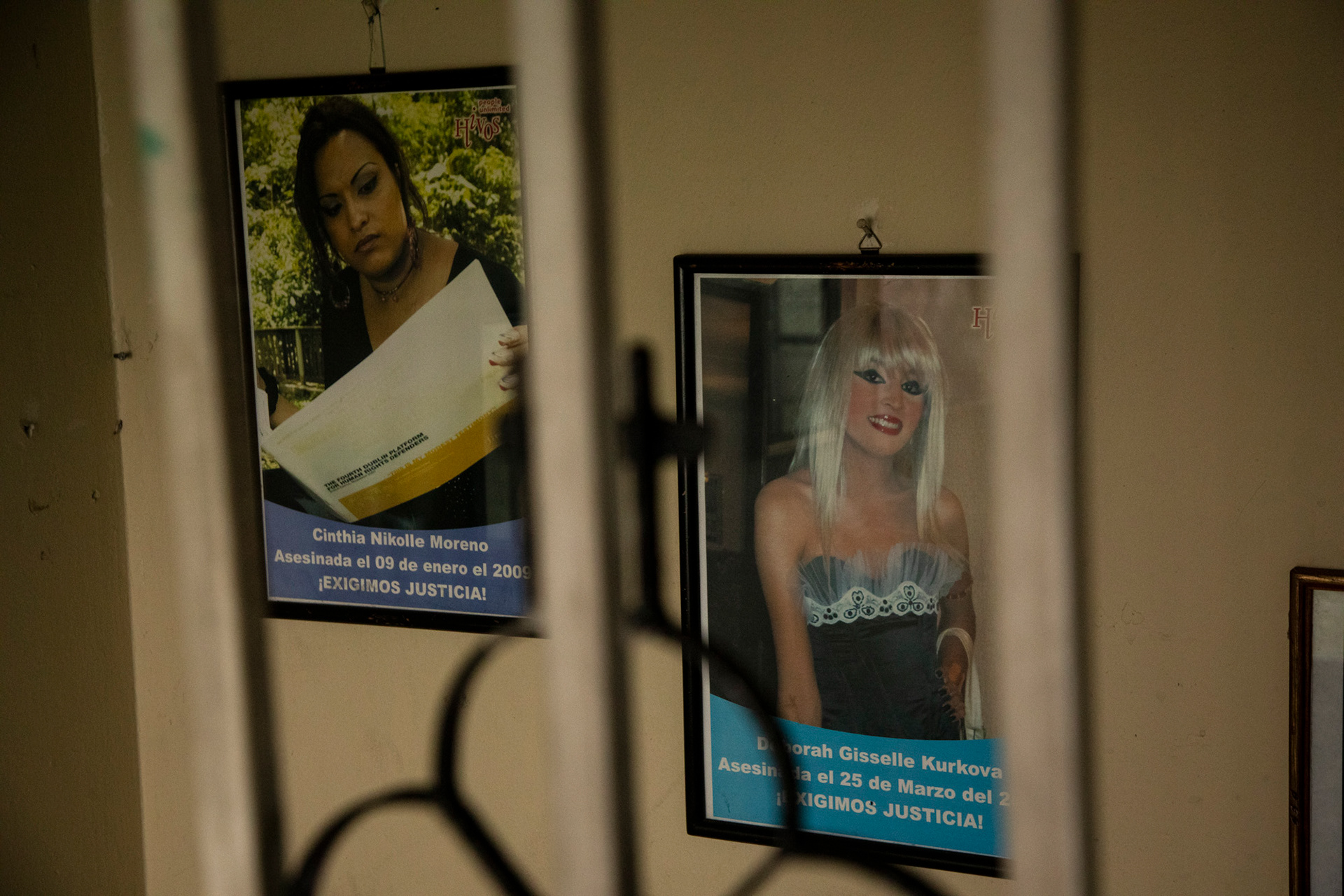 Honduran LGBT+ activist JLO Córdova has survived three attempts on her life since starting work at Arcoiris organisation supporting other transgender women. Honduras is one of the most dangerous countries in the world to be an LGBT+ activist. In recent years the organisation has been subject to mounting threats and attacks, the murder of six of its members, recurrent sexual violence, and relentless public abuse and stigmatisation. The risks they face are terrifying, and yet they persevere.
See more photos
"The man got out of the car. They were all dressed in military uniforms but they had their faces covered. I didn’t move my eyes, I thought this man is going to shoot me in the head."  Jlo Cordova
"If I'm going to die let it be for something good, not for something not worthwhile. I don't want to die because of fleeing or because of cowardice. I want to die so that people can say, I died because I fought for what was mine" Nallely Paola
JLO Cordova and Nallely Paola talk about risk and attacks they face
Watch their story

At least 77 people working in the media were violently killed in Honduras between 2001 and 2019, according to data from the Honduran National Human Rights Commission. Since January 2017, CONADEH has received more than a hundred complaints of attacks on freedom of expression, more than 90% of which remain unpunished.
"We work in a country where there is no war, although it seems as though there is. It is safer to be a war journalist than one writing about social issues in Honduras, where we can sense danger waiting for us around every corner.” Dina Meza
Dina Meza is an independent journalist and defender of freedom of expression. Due to her high public profile and status as a dissident, she is unable to publish her work in the mainstream media. Dina faces harassment and intimidation on a daily basis. She regularly receives threatening phone calls and her mobile is tapped. Cars without number plates follow her and armed men invade her house to intimidate her family, which has forced her to move house several times. Despite these attacks, Dina continues to use her online platform to draw attention to state violence against activists and human rights defenders. Her website reaches up to 30,000 hits a month.
See full video
Watch PBI UK webinar where Dina Meza talks about DEFENDING HUMAN RIGHTS UNDER LOCKDOWN IN LATIN AMERICA
Dina is the founder and current President of PEN Honduras, an organisation that provides legal and educational support to at-risk professionals, journalists and social communicators like Javier Hidalgo.
"In Honduras the journalist who wants to have a little freedom of expression has to live in fear, knows that their days are counted because at any moment a car which is following you without a registration plate or a motorbike which is following you with two people can take your life." Javier Hidalgo

"In Mexico doing our work is not well thought of because it inhibits economic profit." Alberto Xicoténcat 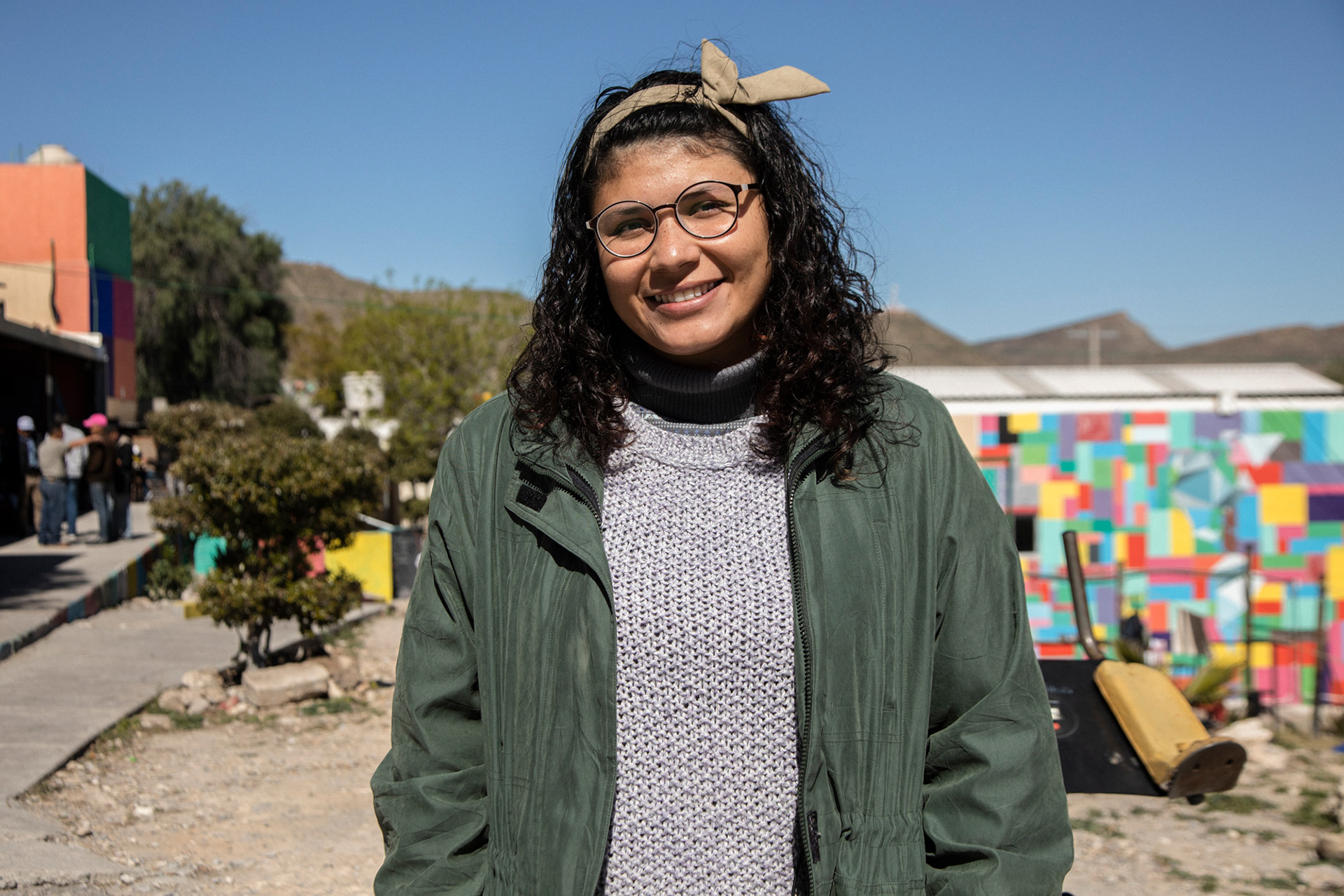 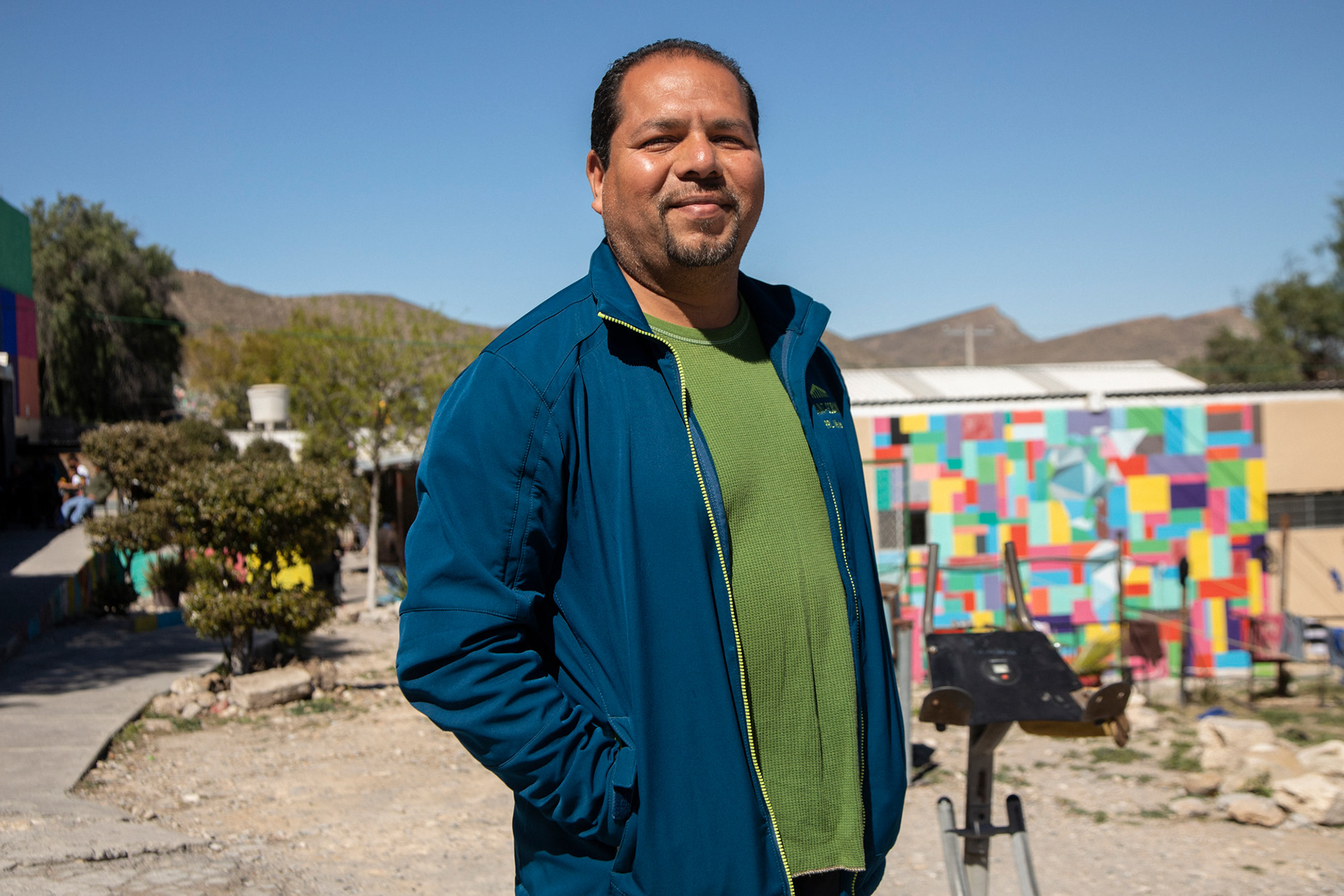 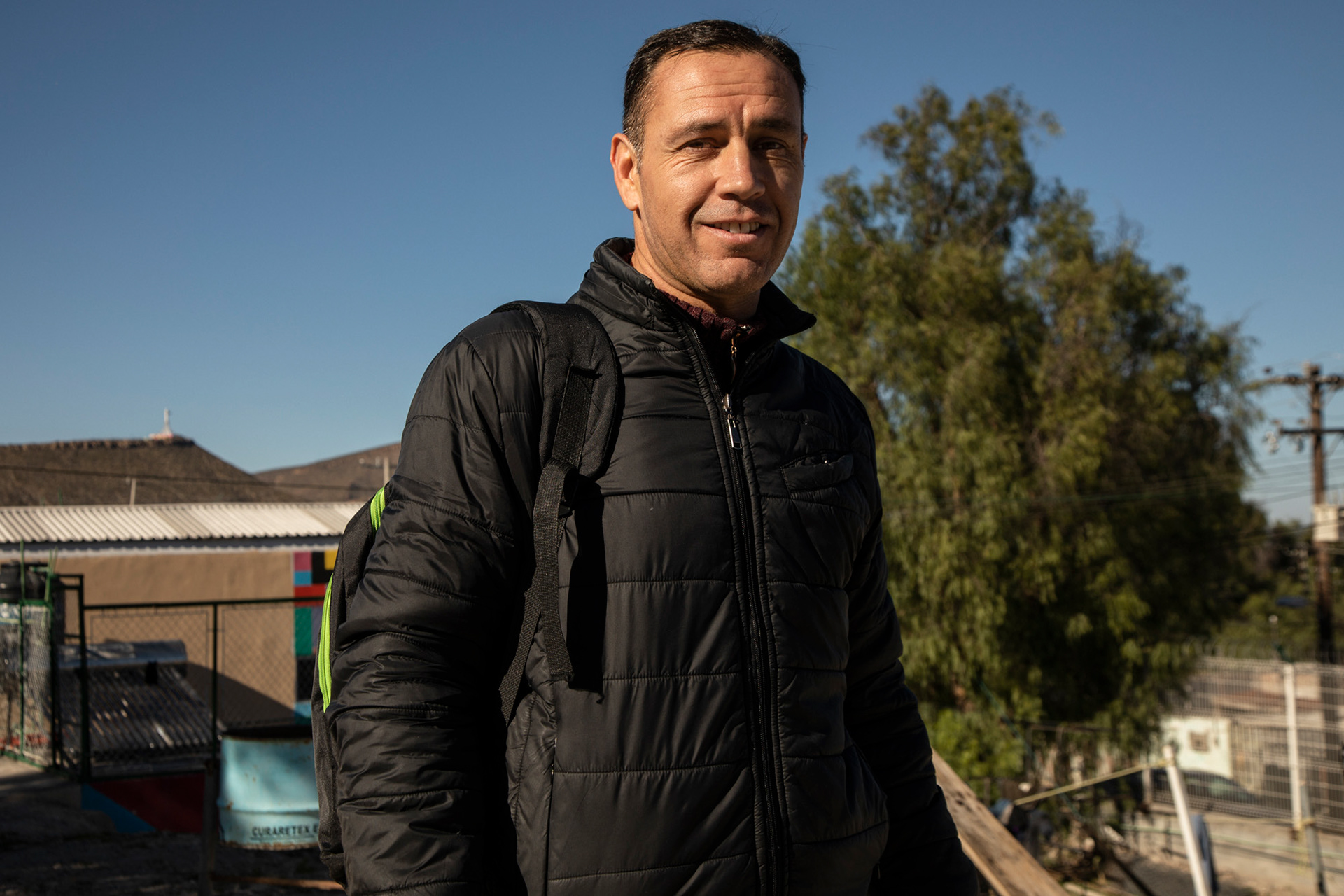 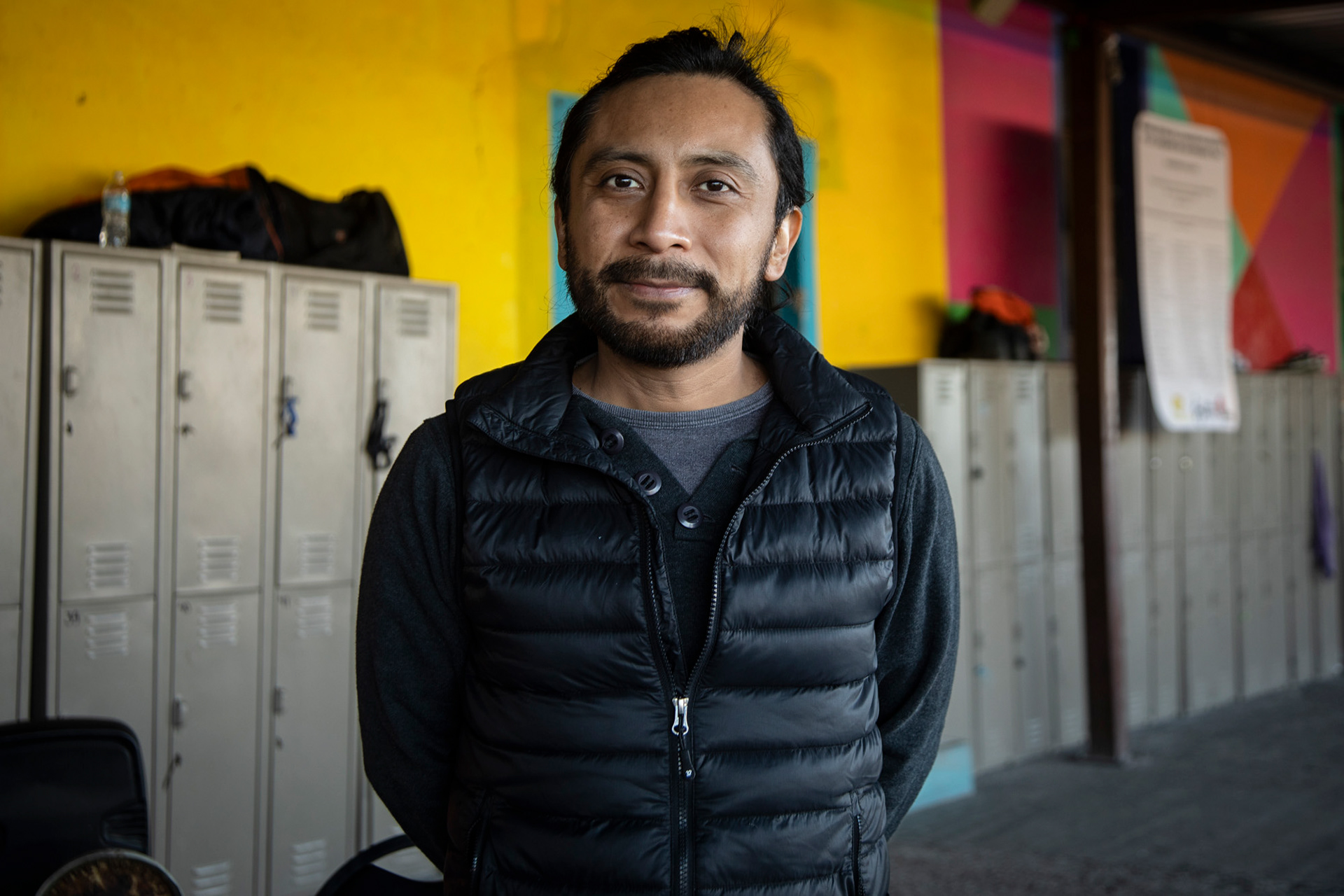 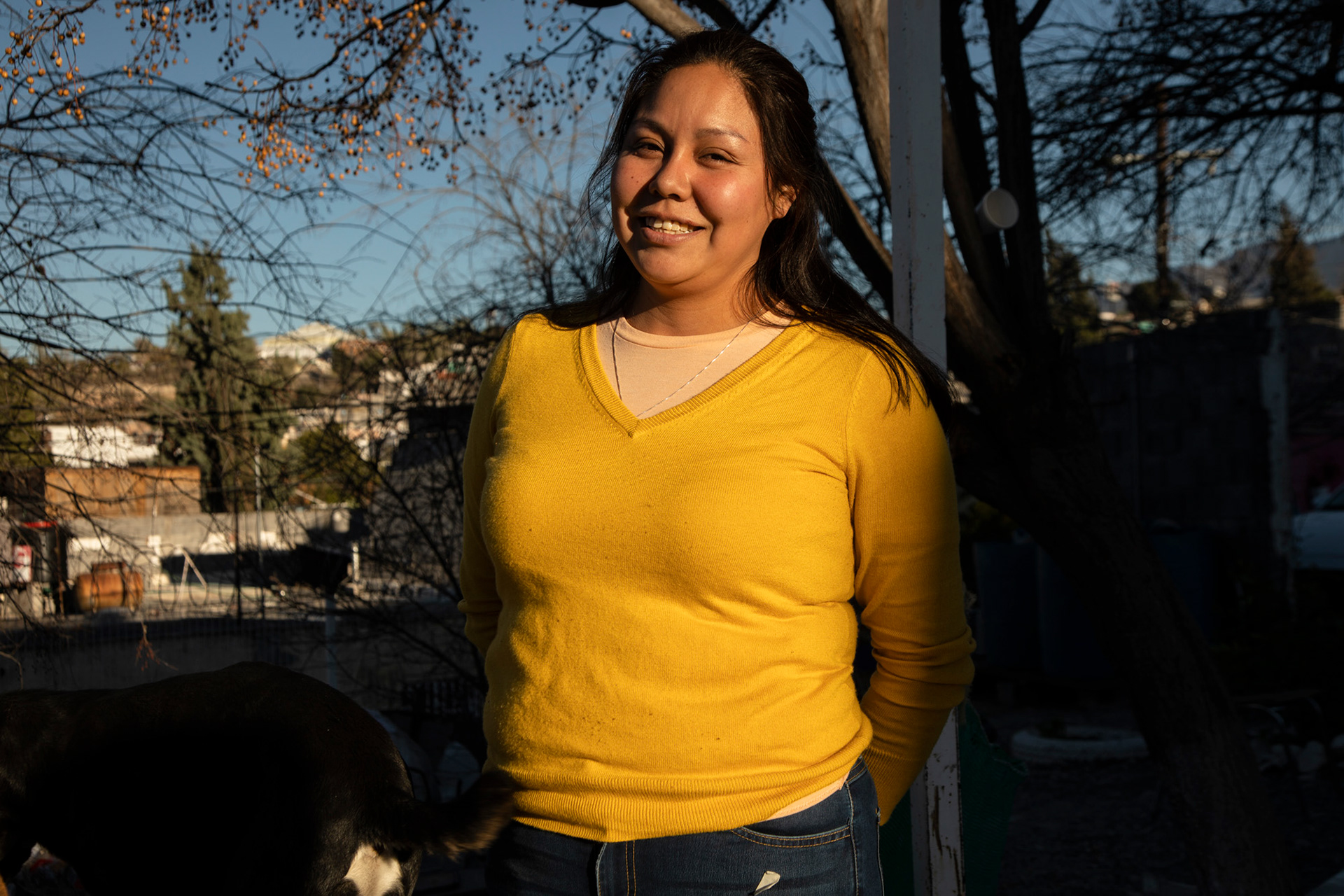 On July 2019 the federal police attempted to enter La Casa del Migrante de Saltillo, stating that they were carry out a migration revision. In line with migration law the team at Casa Migrante denied the police access. In addition to the challenges inherent to this type of work, those who collaborate with the Casa del Migrante have also faced an elevated level of risk and recurring security incidents.
On top of precautionary measures already granted by the Inter-American Commission on Human Rights, Casa Migrante Saltillo receives measures from the Mexican Government's Protection Mechanism for Human Rights Defenders and Journalists.
“It was the same motorcycle, if it weren’t because there was a gap and I was able to step backwards, it would have ran me over” Mayela Hernandez
Alberto Xicotencatl, Mayela Hernandez and Marisol Cerecero on risks they face.
Watch more videos about migration
More photos 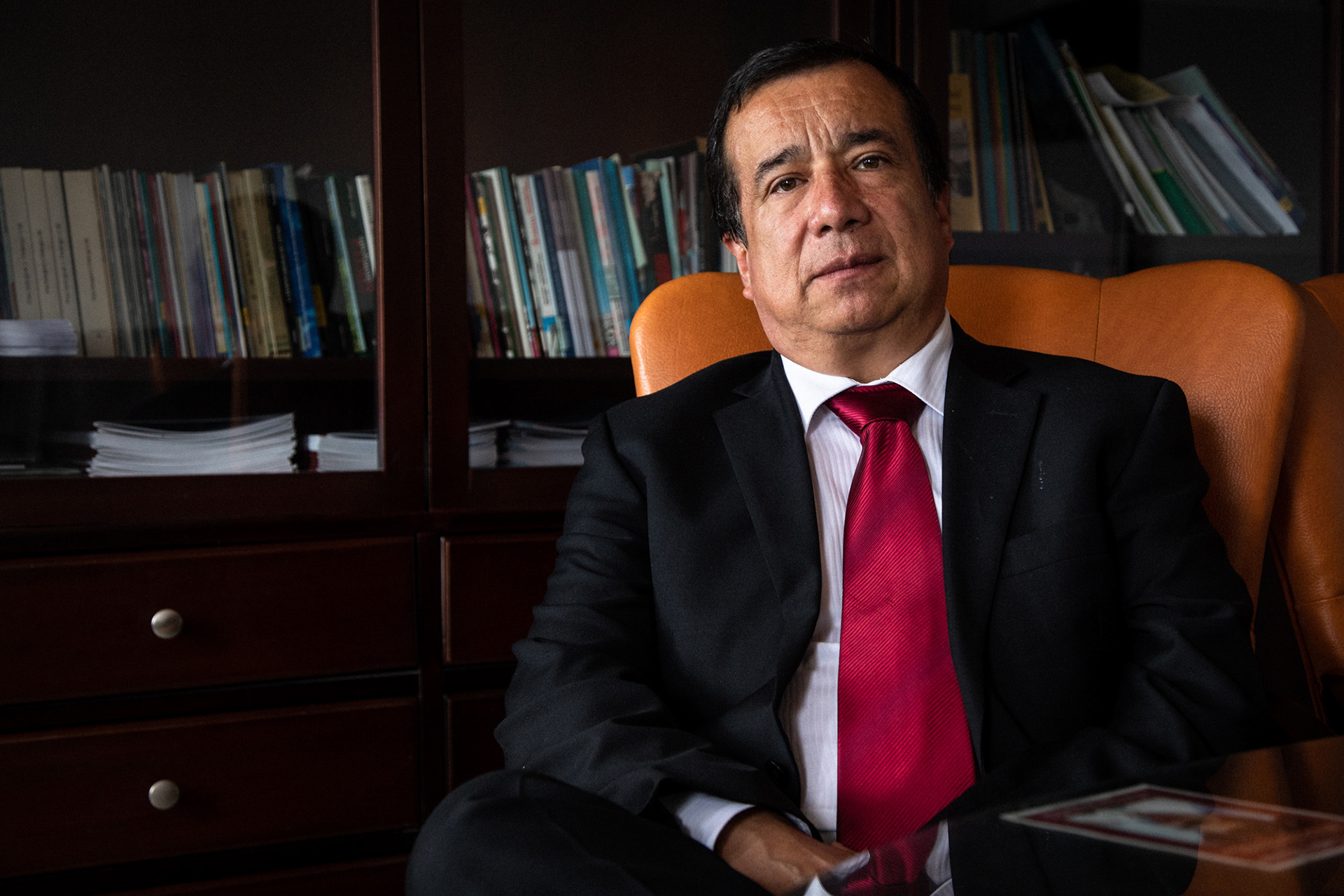 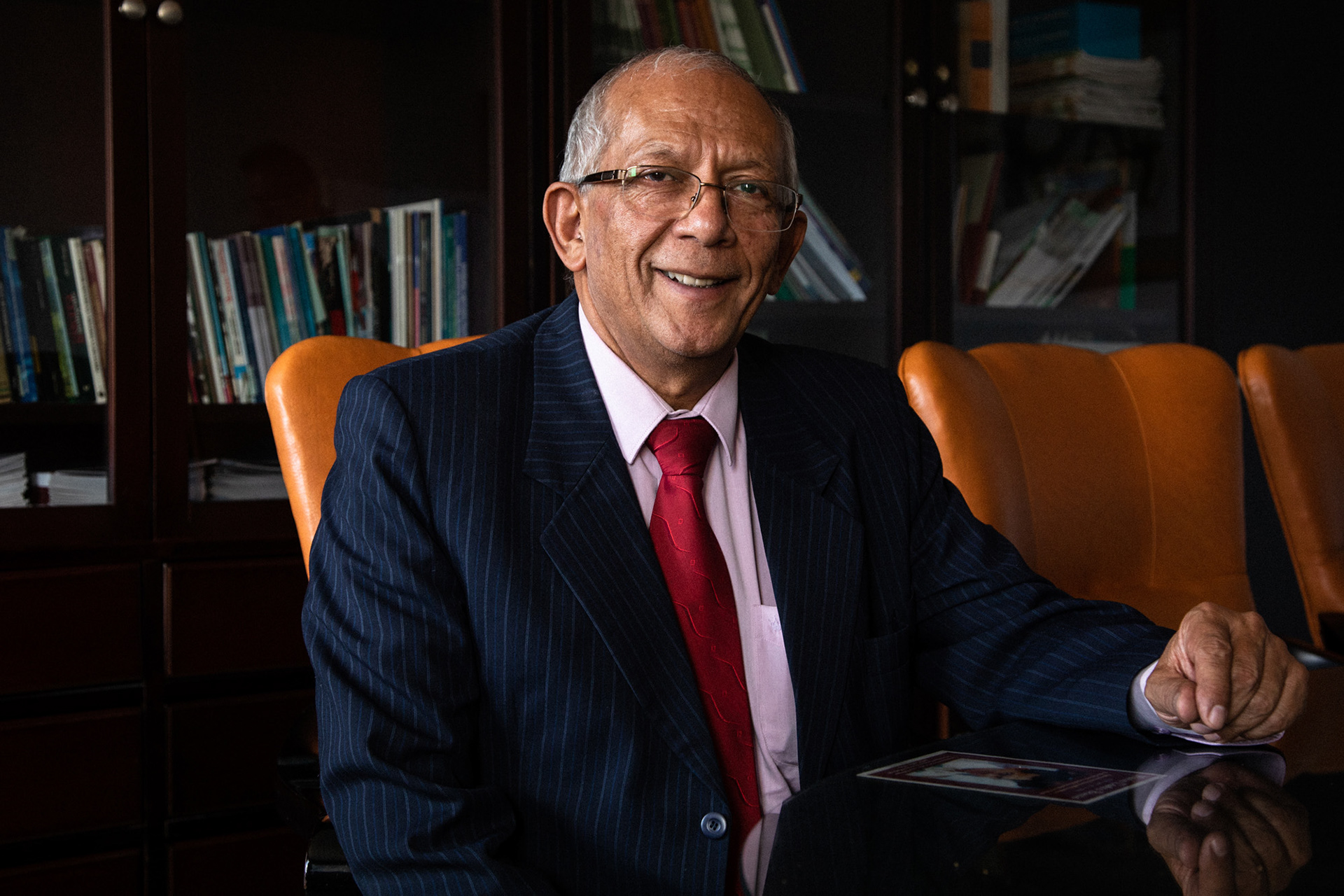 The José Alvear Restrepo Lawyers' Collective (CCAJAR), is a Colombian non-governmental human rights organisation, which aims to contribute to the fight against impunity and the construction of a just and equitable society. The organisation is recognised nationally and internationally for representing emblematic cases of human rights violations in Colombia, both within the Colombian justice system and before the Inter-American System of Human Rights. The high profile nature of the cases it takes on has exposed the organisation to sustained attacks, threats and intimidation since its foundation.
CCAJAR members have been subject to profiling and surveillance from parts of the Colombian National Army. This has been linked to the collective’s representation of victims of extrajudicial executions in cases against retired generals.
‘In fact, he got his intelligence body to attack human rights defenders in general and specifically to attack the José Alvear Restrepo Lawyers Collective.’ Reinaldo Villalba
Reinaldo Villalba has been a member of CCAJAR for 27 years.  He has been vilified by the authorities and characterised as a defender of terrorism and an auxiliary of guerrilla forces, particularly since his work on a case implicating the former Colombian president Alvaro Uribe.
‘Managing a case of this kind generates a huge potential for risk and danger and we are extremely aware of that.’ Reinaldo Villalba

Saroj Nepal runs a national network (COCAP) of peace and human rights organisations in Nepal. It started as a loose, informal forum in June 2001. Currently, COCAP has forty four member organizations. It has a large number of volunteers who actively involve themselves in various aspects of its work.
"The government is becoming more controlling and they don't want to hear critical voices. They are even targeting the artist" Saroj Nepal

Honduran environmental activist Kevin Ramírez has received many death threats and his wife and fellow commnunity leader Dirsa has been attacked with a knife to her throat. Kevin and Dirsa have recieved protection measures from the Inter-American Court of Human Rights and have had to flee the area on several occasions. None of the threats and attacks against them have been investigated - on the contrary, the mayor’s office harasses them and has placed a bounty on their heads.
"The death of Berta Cáceres set this area on fire. El Liston and Quimistán said: 'Berta is here. Berta is not dead. Berta is in the communities.' We felt stronger because of her. Berta’s spirit lives on here in Quimistán in the communities and the rivers, and we follow her spirit in the struggle despite the threats. You have to face whatever comes because being a defender of human rights in Honduras is a death sentence." Kevin Ramírez
See full video
See more photos

"This year has been difficult for is because despite the peace deal, every day we are being killed" Carlos Morales
The things that the majority of us defenders, who do professional work, have to go around with bodyguards is absurd." Daniel Prado
Carlos Morales, Daniel Padro, Lilian Brojas, David Ravelo and Maricela Vazquez talk about the risks they face and trends in repression.
Watch THE DEFENDERS